He’s easy-going, brainy smart, can create and cook a real blowout, has one the biggest, recognizable smiles in the industry, and was just named President of Geopath, the Out-of-Home industry standard for audience measurement in the U.S. Although that’s a mouthful, it’s all true. 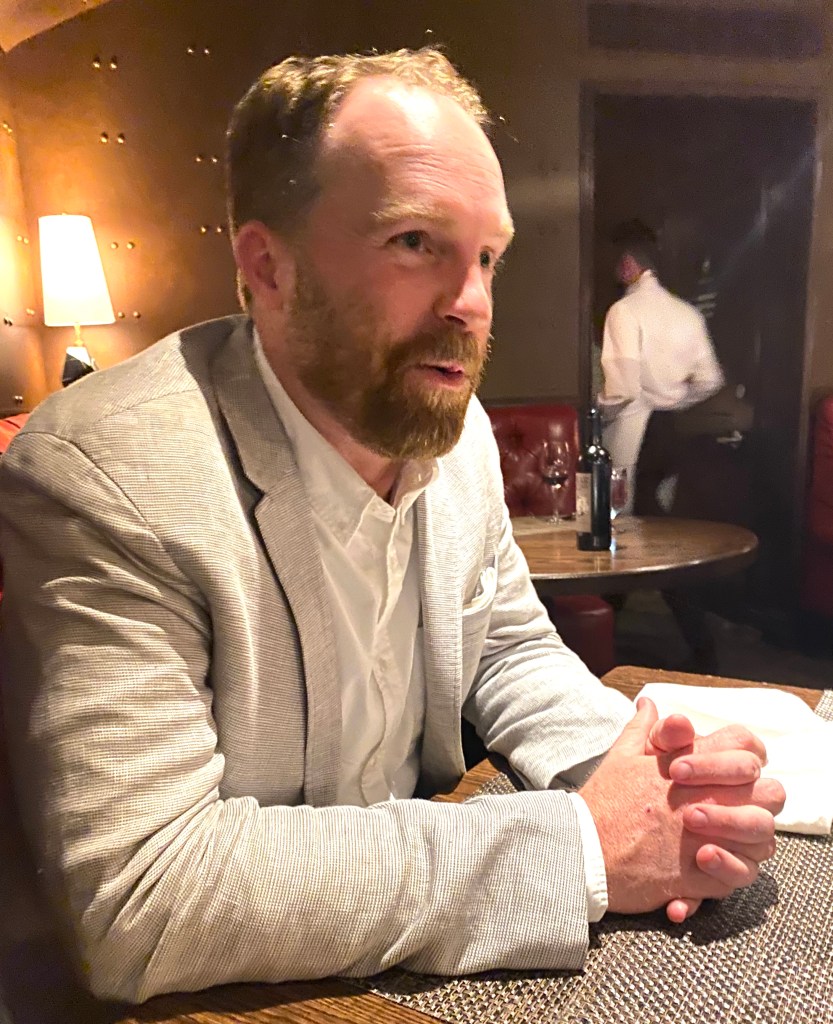 That’s why, when I met up with Geopath’s Dylan Mabin a few weeks back in SW Florida, I suggested we convene for a dinner-style interview in New York City, one-to-one. Over food, big happy food, the type we both could relate too. He loves to fire up the stove, entertain and eat, I just love to plain ol’ eat. And take pictures. That’s why I let Dylan pick our dining spot. I knew he wouldn’t let us down.

Picking The Old Homestead, a vintage, 1868 NYC steakhouse, was a classic call. Dylan tore through that menu like speed reading some audience analytics that someone put on his desk. He picked all the right items, right down to the drinks. If you want an indication of how a person is going to do in a leadership position, see how he navigates a classic New York City steakhouse. He was a master, a virtuoso, an “old pro”, as my dad would say.

But getting back to how we got here all started just 2 weeks ago.

I don’t believe there was a person in attendance at the Marco Island OOH Media conference who was surprised when it was announced Dylan Mabin was being named Geopath President. Certainly not me. Gone was title of “Acting.” Left in its place was a happy audience who wondered out loud, “what took so long.”

But was he nervous, anxious, even pacing when he waited outside the Geopath Board Meeting a few weeks ago at the big, fancy JW Marriott? Heck yea, he was. It wasn’t over until it was over. But then the line came, “congratulations Mr. President.”
Whew. 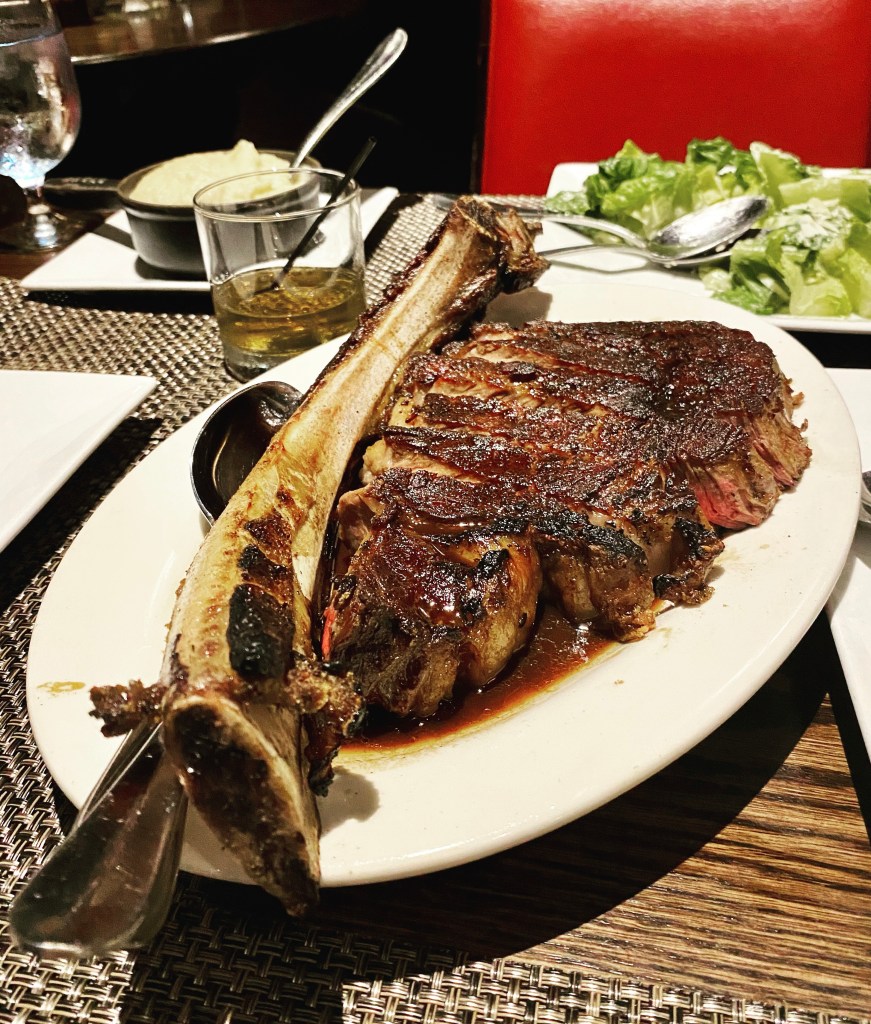 It was the wise move, regardless of how long it took. It sends a strong signal to the industry, that one of our biggest assets in selling space is in the hands of a veteran player, his experience at the organization going back to 2008. That’s longer than most of the OOH CEO’s have been at their companies. That’s perseverance, endurance, and fortitude, not to mention a thick skin. There is no doubt that this time our industry got it right.

I love sports analogies, especially the ones about those who came up in the ranks. Baseball’s Tommy Lasorda, basketball’s Phil Jackson, football’s Tom Laundry. They all came up as assistants, none of them had especially famous careers playing, but all of them won championships as coaches/managers. All of them are in the Hall of Fame. Players loved hustling for them. You see where I’m going here.

I met Dylan back in 2015, when it was still called the Traffic Audit Bureau. By then he was Senior VP, Insights & Innovation. In English, that means that one of my newest clients, trying to break into the OOH world with technology we thought would revolutionize the industry, would need to meet with him. Dylan was patient, thoughtful, and cautious, directing my client in the right direction. He even hung a camera outside of his office window in midtown Manhattan to measure the traffic that passed by to see how the technology worked. He was that guy that did the little things to see if they could bring big things. He was that guy that went the extra mile.

As he does now, he excelled in embracing diversity, new technologies, and on the whole, many of the underdogs of our business. Everyone got considered. When the time 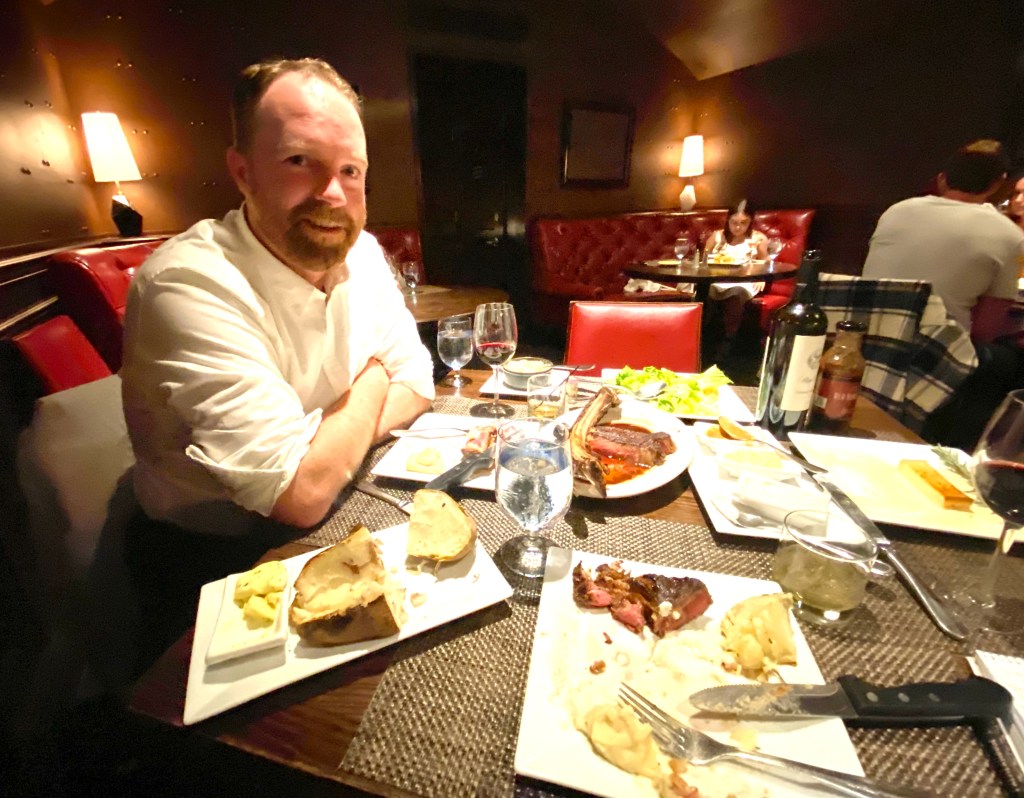 came for someone to be named as Acting President in 2021, there was really only one choice, and it came internally.

Don’t be fooled by his down to earth, Ron Howard style, aw-shucks demeanor. In fact, I highly doubt he ever says aw-shucks. He got us through a big part of Covid, toughed it out working alone in a trailer, parked on his parent’s property in rural Virginia, then came back to New York City to prove himself, repeatedly.

My Dinner With Andre was an artsy, snoozer of a film from 1981. It was about two people in the same industry, jabbering over dinner, in a classic New York City restaurant. For almost two hours. It’s the butt of a lot of movie jokes. There’s even a Simpsons episode based on it. In reality, it was a true work of art, directed by a famous French director, Louis Malle, backed by an outstanding script using New York City as the backdrop, and of course, picturesque, delicious food. All of this without a break in the conversation. Somewhat similar to our dinner, only ours lasted three hours. And if anyone was eavesdropping on our rap, it would never be considered as boring.  Our time noshing and gabbing covered miles of our industry, family, politics, cooking, what Bob Woodward is like, recipes, what’s it’s like to meet a real astronaut in person, who’s Geopath’s biggest competitor, his biggest challenge today, and his current state of mind.

Dylan’s responses were quick, honest, and to the point. Zero hesitation. Coming out of a life-altering pandemic, finishing up what most of us thought was a successful conference, and heading into the summer with a permanent title, I think we are going to see quite a bit of quiet leadership from President Mabin.

Not to mention he’d be happy to give you tip or two on a full-flavored, homemade red sauce. Don’t be shy, now.